Katarina Pålsson is a doctoral student in church history at the Centre for Theology and Religious Studies, Lund University. In her dissertation, she studies the reception of Origen in Jerome's thought, with a focus on eschatological questions. Examining Jerome's involvement in three controversies – the Jovinianist, the Origenist, and the Pelagian controversies – her intention is to show in which ways the polemics against Origen affected his eschatological views and how his construction of Origenism as a heresy helped him in presenting his own thought as orthodox.

Maria Fallica is a Ph.D. graduated in History and Philology of the ancient world from the University of Rome La Sapienza. In her dissertation, she had studied the reception of Clement and Origen of Alexandria in the XVI century, analyzing the printed patristic anthologies of five theologians from different areas of the European Reformations in the years 1527-1563. In the dissertation, the philological analysis of the Latin quotations is followed by the study of the historical reasons for the plea to authority of the Alexandrines made by the Reformed authors. She has also recently studied the reception of Origen in the Beneficio di Christo crocefisso (1543), the masterpiece of the Italian Reformation of the XVI century. She is now enrolled in a second Ph.D. course in History of Christianity in Rome.

Jason M. Gehrke is a PhD Candidate in the Department of Theology at Marquette University, where he works on Latin Trinitarian Thought, theology and political philosophy in Late Antiquity, and the question of monotheism and violence. His dissertation attempts an historical and doctrinal description of Lactantius’ theology as a response to the policy of state sponsored violence against religious minorities in the latter Roman Empire. Jason is working to show the way Lactantius uses Christology/Trinitarian theology as the basis for a political theology that anticipates foundational political values in the modern context. For the 2016-2017 academic year, Jason is supported by a Rotary International Global Grant for Studies in Peace and Conflict Resolution, which allows him to work in residence at Strasbourg University.

Fernando Hernández Fradejas is a Postdoctoral Fellow in the Department of Criminal Law and History and Theory of Law at the University of Valladolid, Spain. His current research interests include Legal History and Theory; History of Political Thought and Political Theory; Political power and Law-making; Forms of Law-making; Legal Philosophy. As a project-associated researcher, he will analyze the political and legal thinking of Origen throughout his works. On the one hand, he will study the concept of political power and state in Origen’s works. On the other hand, he will also examine the Origen’s legal philosophy.

Z is a professor of international relations at the School of Humanities and Social Sciences at Al Akhawayn University. She holds a bachelor of business administration from Al Akhawayn University, a master in finance from IE Business School, a master of public administration from Columbia University, and a PhD in political and social Sciences from the Université catholique de Louvain. Z was a Carnegie visiting scholar at the Carolina Center for the Study of the Middle East and Muslim Civilizations under the mentorship of Charles Kurzman. She is now a visiting scholar at the Weatherhead Center for International Affairs at Harvard University under the advisorship of Donna Hicks. Z's research is at the intersection of postcolonial theory and dignity politics in the case of Egypt. She is now working on the constitutional process of post-Arab Spring Tunisia.

Marilyn A. Lewis completed a University of London PhD, as a mature student, in 2010 on “The Educational Influence of Cambridge Platonism: Tutorial Relationships and Student Networks at Christ’s College, Cambridge, 1641-1688”. She is currently honorary Research Fellow in the Department of Religion and Theology, University of Bristol. Her published work focuses on the Cambridge Origenists George Rust and Henry Hallywell. She headed a team which has produced an annotated English translation of Rust’s two Latin Bachelor of Divinity discourses, published by Oxford University Press in the journal History of Universities in August 2017. Her work is generally more historical than philosophical, but with a strong theological component and an emphasis on biography and personal relationships.

Christian Hengstermann is currently substitute professor at Münster University for Prof. A. Fürst as well as  Fellow of the Cambridge Centre for the Study of Platonism.

Christian Hengstermann works as a research associate on the project "Cambridge Platonism at the Origins of the Enlightenment" at the University of Cambridge. He has written a monograph on Origen's freedom metaphysics and translated the Homilies of Isaiah. At present, he is writing a book on Origen's reception in early modern Cambridge and translating texts of the Cambridge Platonists into English, notably Henry More's critiques of Jakob Böhme and Baruch de Spinoza and his correspondence with Descartes. Hengstermann regulraly organizes workshops and seminars to which all the ESRs (and others) are invited.

Isidoros Katsos, Pembroke College, holds a PhD in Law (FU Berlin) and is ordained Deacon at the Greek-Orthodox Church. He is currently working towards the completion of a second PhD in ‘The Metaphysics of Light in the Hexaemeral Literature: From Philo of Alexandria to Ambrose of Milan’ at the University of Cambridge, Divinity Faculty, under the supervision of Rowan Williams. His PhD research focuses on the reception of ancient theories of light and their theological appropriation from the early Church.

Miriam DeCock will initiate her postdoctoral studies in January of 2019 at Aarhus University where she will work with Anders-Christian Jacobsen and be closely affiliated with the ITN project.

In the project, she will be working on Origen’s recently discovered Homilies on the Psalms, a Greek text of thirty homilies on ten psalms. She will examine Origen’s use of and interaction with the prior exegetical tradition of psalms interpretation in the homilies. In other words, she will ask to what degree can we discern his use of the exegesis of Philo, the apostle Paul, and Clement of Alexandria? While she will seek to situate the homilies on the psalms within the overall corpus of Origen’s writings, she will compare the new homilies most closely with his Homilies on Jeremiah, the only other extant Greek Old Testament homilies of his corpus. This comparison will allow her to investigate, among other things, the claims of a previous generation of Origen scholars that his exegesis took a different shape as he dealt with different biblical genres. Finally, as these homilies are one of Origen’s last works, they offer us a picture of his mature theological thought on a variety of topics, such as what it means to be human, humanity’s encounter with the Logos in Scripture, and theosis. Miriam will examine these themes as they arise within his mature exegetical preaching on the psalms, a biblical book to which he devoted his intellectual lifetime.

Monnica Klöckener is working as wissenschaftliche Mitarbeiterin at the Seminar für Alte Kirchengeschichte, Patrologie und christliche Archäologie (Prof. Dr. Dr. Alfons Fürst) at the Westfälische Wilhelms-Universität Münster, Germany. She studied theology, music pedagogy and musicology in Germany and France. In her dissertation, she analyses the exegesis of Jesus’ encounter with the Samaritan woman at Jacob’s well (Jn 4) in Origen’s Commentary on the Gospel according to John, John Chrysostom’s Homilies on the Gospel of John and Augustine’s Tractates on the Gospel of John.

Uses of the Past

The ITN coordinator, Prof. Anders-Christian Jacobsen, has established a new research network that will investigate the idea of the human in the theology and philosophy of Augustine of Hippo, especially how he views human freedom and dignity.   The purpose of the network activities is to investigate this Augustinian tradition and to see whether there are resources in or outside this tradition which can be employed to bring the Western Christian and the non-religious modern concepts of human beings in touch with each other.

Origen Study Group - the Cambridge Centre for the Study of Platonism

As part of the Cambridge Centre for Study of Platonism, headed by Prof. Douglas Hedley, the international Origen Study Group consists of several researchers working on Origen’s Christian philosophy and its reception in medieval, early modern and contemporary philosophy and theology. It organizes two regular biannual events at Cambridge University. Each of the Colloquia Adamantiana focuses upon one eminent contemporary scholar who is invited to present his latest monographs and papers and whose research is dealt with in detail in papers on his major works. The postgraduate seminar Religion and Philosophy in Origenism Old and New serves as a hub for early and later stage scholars, including the ITN participants, who give presentations on their current research on Origen and the reception of Christian Platonism.

The Origen Study Group is headed by Dr. Christian Hengstermann, Cambridge/Münster, and Dr. Isidoros Katsos, Cambridge. See more on the Cambridge Centre for the Study of Platonism on www.divinity.cam.ac.uk/researchareas/projectsandclusters/ccsp. 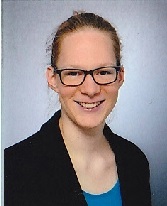