Freedom and Condemnation - Workshops on Origen

If you missed the two workshops on Origen in October and November 2018, you can read about them here. The first workshop was entitled "Freedom as Key Category in Origen and in Modern Theology" while the November workshop focused on the condemnation of Origen in Late Antiquity. You can also find the program for the upcoming workshop "Origen in Egypt of Late Antiquity: Schenute's Anti-Origenist Treatise".

Freedom as Key Category in Origen and in Modern Theology

In October 2018, another ITN course took place in Münster. The course was arranged as a workshop and was planned and conducted in connection with the 10th anniversary of the Origen Research Center, which was established at the Department of Catholic Theology of Münster University in October 2008.  The anniversary was celebrated on 25 October 2018 and was followed by the ITN course on 26-27 October. The course focused on a central theme in our research project, Freedom as Key Category in Origen and in Modern Theology. As such, it was thematically related to the earlier ITN course, held in October 2017 - Origen’s Philosophy of Freedom in 17th-Century England. 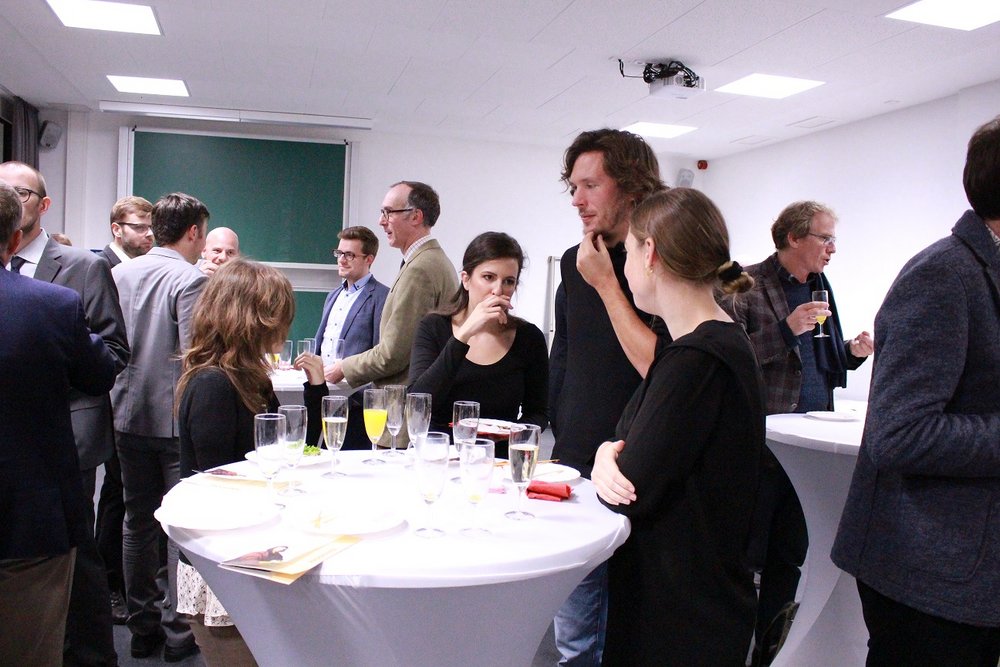 ESRs Karen, Elisa, Valeria and Kristian were among the participants of the October workshop

The opening lecture was given by Prof. Dr. Volker Gerhardt (Berlin) on “Freiheit als philosophische und theologische Schlüsselkategorie”. The workshop dealt with concepts of determinism, compatibilism and libertarianism in Origen of Alexandria, in German Idealism and in 20th-century philosophy and theology. It was organized by Prof. Alfons Fürst (WWU) as a collaboration between our ITN and the DFG-funded project "Freiheit als theologische Schlüsselkategorie. Eine Auseinandersetzung mit Libertarismus, Determinismus und Kompatibilismus", based at the Universities of Cologne and Paderborn.

The full program can be found here.

Origenism in Late Antiquity I – The Condemnation of Origen. Justinian and the Council of Constantinople 553

On November 29-30, 2018, the Colloquium on the History of Origen's Reception VIII took place. It dealt with a first point of Origenism in late antiquity and was dedicated to the topic "Condemnation of Origen - Emperor Justinian and the Council of Constantinople 553".

Already in his lifetime, Origen had to face critiques of his theology which more and more inflamed in late antiquity. Although his writings were continuously read, some of his positions were increasingly branded as heretic. This development came to an end and climax during the reign of Justinian I (527–565), who wanted to rebuild the Roman Empire in its original extent and at the same time in religious respect. As no emperor before, he got involved in theological questions. Origen was definitely condemned together with some Origenistic sentences shortly before the fifth Ecumenical Council (553). These events found less notice in the research of the last decades. The workshop therefore aims at illuminating the background and consequences of the condemnation both in historical and theological respects.

The colloquium, organised by Fürst (WWU) and Thomas Karmann (University of Innsbruck), was the eighth in the Colloquia on the History of Origen’s Reception, which centres on the eventful history of the Origenian tradition of thought. It focuses upon representative texts which are first put into a larger historical perspective in a public talk and then interpreted in an interdisciplinary workshop. Thus, Origen’s reception from antiquity to the present day will be traced and his significance to the western history of ideas made apparent.

The full program can be found here.

The Colloquia on the History of Origen’s Reception IX deals with Schenute's Anti-Origenist Treatise from Late Antiquity Egypt and takes place May 10-11, 2019. The flyer with program and contact information can be seen here.