In this article, you can read about Elisa Bellucci's description of her research project and her experiences with her work in Halle and at the Francke Foundations.

Before flying to Halle in August 2016, this city was for me no more than a dot on a map, which I had googled a great number of times, hoping to discover a bit more about the life that was waiting for me. When I left my home – in Italy – I had quite a rough idea of what I wanted to study, and no idea about the people that I was going to meet or about the place where I was going to work.

My project is the number 7, about the Petersens - a Pietist couple. Through my work, I seek to investigate the quite substantial network around these authors, who are not very well known – not only among scholars of religious studies but also among those who conduct research on Pietism.

Johanna Eleonora von und zu Merlau met her future husband, Johann Wilhelm Petersen, in 1676 in the Saalhof, an estate in Frankfurt that played a key role in the history of early Pietism. The estate was indeed a periodical meeting point for different people from Frankfurt, not only men but also women, who gathered there to read and discuss the Bible as well as edification literature. The estate also received visits from different religious authors such as William Penn. Also, Johann Jacob Schütz (seen as the “co-founder” of Pietism together with Spener) was linked to this place.

The Petersens wrote, after their marriage in 1680 and particularly beginning in the 90s, a considerable number of works. Of great importance are the works on the doctrine of Apokatastasis, namely the restoration and reconciliation of all things with God, including the fallen angels and the devil, at the end of time. The Petersens were the first to introduce this doctrine into the Pietistic environment.

Apokatastasis doctrine has its roots in Stoicism as well as in Platonism and was introduced in the Christian tradition by Origen. In the 17th century, Origen was, nevertheless, not the only source of this doctrine. It also appears in the tradition of the Kabbalah, which was quite wide-spread in that century and that Petersen was knowledgeable of.

I am going to investigate the sources – the traditions and the authors – which had an influence on Petersens in formulating this doctrine; I am also going to analyze the question why this doctrine was so important to them and what novelty they claimed to bring with the idea of Apokatastasis.

About the Francke Foundations

I am currently conducting research at the Francke Foundations that are also a partner of the ITN project. 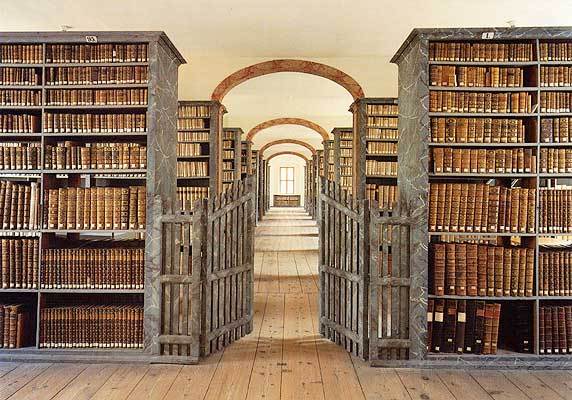 The Franckesche Stiftungen (as they are called in German) were founded in 1695 by Francke, a theologian and educationalist who intended to build something more than just an orphanage. The foundation was indeed very soon provided with different kinds of schools, a bakery, a printing house, a pharmacy, and a library (the historical buildings are still visible and visited by a lot of people interested in the history of this place). For researchers, the real jewel of this place is the library (and the connected archives). It is one of the most well-preserved and furnished libraries for studying Pietism. Different scholars use the archives of the Foundations and spend a significant amount of time to do research here. The library is therefore also a meeting point for scholars interested in this field.

In January I have also started an internship in the archive of the Foundations. This work provides me with the opportunity not only to better get to know the archives but also to learn some practical skills (such as reading manuscripts), which will be very useful for my research.

What else can I say? Come and visit this place!