Within the last year, two of our ITN members have published new books, one on Origen’s homilies on Jeremiah by A. Fürst, and one on Adrian's Introduction to the Divine Scriptures by P. Martens. A second book by Martens and Hornblower (The Oxford Handbook of Early Christian Biblical Interpretation) will appear in May 2019. Read introductions to all the books here.

Origen – The Homilies on Jeremiah

Origen’s homilies on Jeremiah make up a very valuable part of his writings. Beside the homilies on 1 Sam 28, they are the only homilies handed down in Greek and therefore give an impression of the original sound of the preacher Origen. Furthermore, the book Jeremiah was not often interpreted in early Christianity, and the vigour and spirit of Origen’s exegesis of the prophet were reached nowhere else. Origen identified his experiences as a preacher with the fate of the prophet Jeremiah, who was rejected by his recipients, and thus found a very personal approach to this biblical text. Moreover, the numerous antijudaic comments and exegeses, in which Origen's critical attitude toward the Jews of his time becomes apparent, are noteworthy.

The volume provides a new German translation along with detailed explanations in the footnotes. The handed down fragments are included too even though their authenticity is not indubitable. The most important facts of the transmission and the content of the sermons are outlined in the introduction.

Adrian's Introduction to the Divine Scriptures. An Antiochene Handbook for Scriptural Interpretation

Adrian likely flourished in the early fifth century. His sole-surviving work is the Introduction to the Divine Scriptures, a Greek treatise that today survives in two recensions. The central topic of the Introduction is the Septuagint's odd stylistic features. In the first section, Adrian catalogs the anthropomorphic ways in which God is portrayed in Scripture (the Psalms in particular) and then explains how such expressions ought to be understood. The second section on diction identifies peculiar word usages, offers lexicographical analyses of semantically rich terms, and discusses a handful of tropes. The third section on word arrangement contains a short list of figures of speech. The treatise concludes with a series of appendices: a catalog of twenty-two tropes, defined and illustrated from Scripture, a two-fold classification of Scripture into prophetic and narratival literature, an extended excursus on how teachers should instruct beginners in scriptural interpretation, and, finally, another classification of Scripture into prose and poetry.

The Introduction contains striking verbal and thematic affinities with the exegetical writings Theodore of Mopsuestia (ca. 350-428). This treatise also occupies a unique place in Antiochene scholarship: it is the only surviving handbook on scriptural interpretation from the leading fourth and fifth century figures of this tradition and succinctly codifies many of its guiding principles for scriptural exegesis. This volume offers the first critical edition of the Introduction (its two surviving recensions and the fragments from the exegetical catenae); the first English translation of the treatise, which is also richly annotated with explanatory commentary; a substantial prefatory study that orients readers to Adrian and a number of the important features of his work. 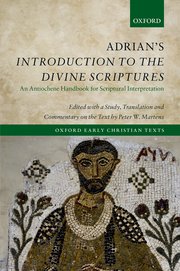 The Bible was the essence of virtually every aspect of the life of the early churches. The Oxford Handbook of Early Christian Biblical Interpretation explores a wide array of themes related to the reception, canonization, interpretation, uses, and legacies of the Bible in early Christianity. Each section contains overviews and cutting-edge scholarship that expands understanding of the field. Part 1 examines the material text transmitted, translated, and invested with authority, and the very conceptualization of sacred Scripture as God's word for the church. Part 2 looks at the culture and disciplines or science of interpretation in representative exegetical traditions. Part 3 addresses the diverse literary and non-literary modes of interpretation, while Part 4 canvasses the communal background and foreground of early Christian interpretation, where the Bible was paramount in shaping normative Christian identity. Part 5 assesses the determinative role of the Bible in major developments and theological controversies in the life of the churches. Part 6 returns to interpretation proper and samples how certain abiding motifs from within scriptural revelation were treated by major Christian expositors. The overall history of biblical interpretation has itself now become the subject of a growing scholarship and the final part skillfully examines how early Christian exegesis was retrieved and critically evaluated in later periods of church history. Taken together, the chapters provide nuanced paths of introduction for students and scholars from a wide spectrum of academic fields, including classics, biblical studies, the general history of interpretation, the social and cultural history of late ancient and early medieval Christianity, historical theology, and systematic and contextual theology. Readers will be oriented to the major resources for, and issues in, the critical study of early Christian biblical interpretation. 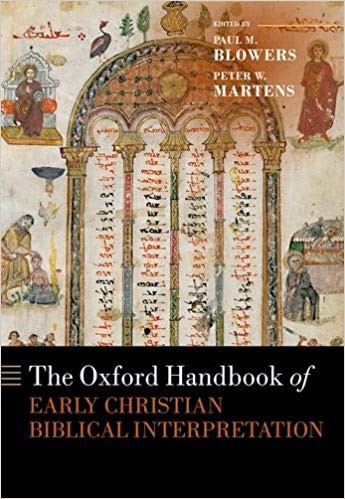